When it comes to my phone, one of the first things I think about when I pick it up is "I HAVE TO CHECK MY EMAIL!" After that, my thoughts become a frenzy of impulses that have me checking Facebook, Twitter, instant messages and other things. One thing I rarely, maybe even never think about is how much thought and testing has gone through making sure my phone will work each and every time I use it. 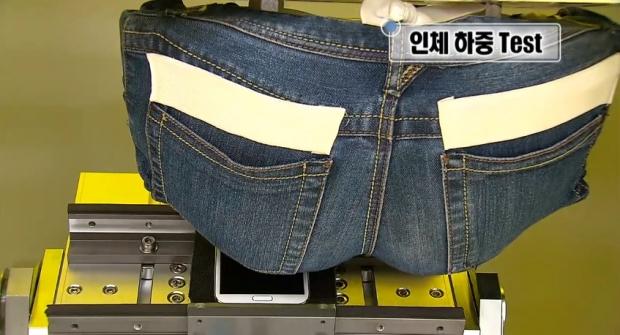 Samsung, who has absolutely dominated the smartphone market with its Galaxy S III and Galaxy Note 2, decided to publish a video showcasing just how much work goes into stress testing its devices. After watching the video, you may have a newfound respect for your mobile devices, that is, until you forget about what you just saw and text your ex-girlfriend in the middle of the night hoping she'll love you again.

The video highlights one of Samsung's hottest devices out right now, the Galaxy S III, as it goes through some stress tests that prod at the device's home button more than 200,000 times, flex testing, different forms of water-resistance testing and, the all important back pocket test which includes a robotic rump wearing jeans that sits on the Galaxy S III over and over again.