NewsReviewsArticlesGuidesGamingAsk the ExpertsNewsletterForums
GIVEAWAY: Gaming peripherals upgrade thanks to Corsair worth $280
Super Computing 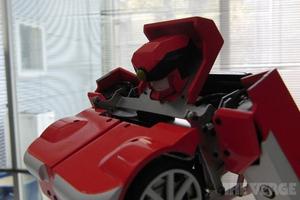 The University says that its Center for the Study of Existential Risk is set to open on campus sometime next year, and while acknowledging the far-fetched nature of movie-based AI like HAL 9000's rebellion, Price has told the AP that "it seems a reasonable prediction that some time in this or the next century intelligence will escape from the constraints of biology". Adding:

It tends to be regarded as a flakey concern, but given that we don't know how serious the risks are, that we don't know the time scale, dismissing the concerns is dangerous. What we're trying to do is to push it forward in the respectable scientific community.