The Nintendo Wii U launched in the U.S. nearly a week ago, but others around the world are still waiting for their official release dates for Nintendo's console to release in their neck of the woods. The Wii U is set to release in Europe on November 30th, and it seems like their official launch event is going to blow the U.S. launch event out of the water in terms of goodies attendees will walk away with. 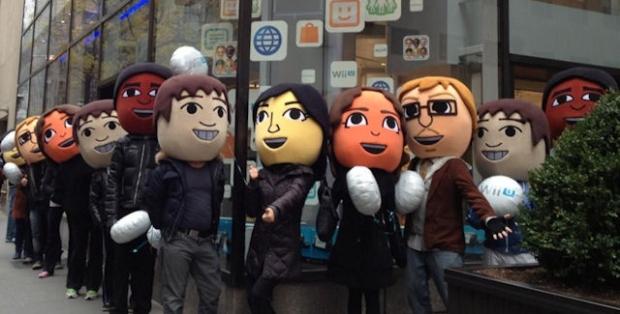 If you're in Europe and plan on attending Nintendo's launch event at the HMV Oxford Street store, you might want to get there quick as there will be a number of freebies available for those who are one of the first to purchase the Nintendo Wii U.

When the doors open at 11 P.M., the first 100 Wii U purchasers will be given two free games with their purchase from a pre-determined selection of games, one of which being New Super Mario Bros U, which we know you were planning on getting anyway.

After that initial 100, the next 100 in line will be given 5 off their purchase of either the Wii U hardware of any software purchased. Then, after those folks get their goodies, the next 500 customers will be given a goodie bag filled with Nintendo goodies, one of which I'm sure will be a plush Mario hat or something along those lines.

Aside from the freebies, Nintendo will have a number of playable demos at the launch event like New Super Mario Bros. U, ZombiU and Nintendo Land for those of you who still don't know which games you should be picking up with your purchase on Friday.