The Lenovo ThinkPad X1 Carbon has received an update. The new version of the Ultrabook that was originally launched in August of this year now comes with Windows 8. In order to make the most of the new operating system, Lenovo have fitted the slick Carbon Ultrabook with a multi-touch touch screen. 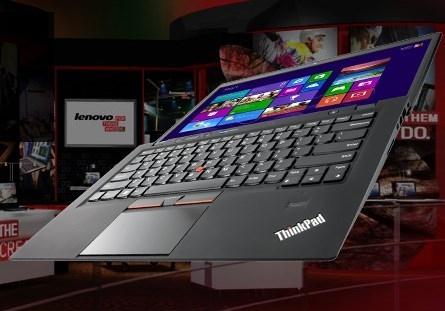 The system also received a screen-resolution that was marked as "HD+" which we believe will be 1600x900. No other details regarding system specifications were revealed, but it's unlikely that the specifications will be massively different from it's older sibling.

This means you can expect at least a Core i5 Ivy Bridge processor, GeForce graphics, and SSD/HDD storage options. The new X1 Carbon Ultrabook is set to launch in this coming December, just in time for last-minute holiday shopping. Too bad I won't be able to pick it up for a good deal on Black Friday.