Intel's working on getting into mobile devices, specifically smartphones and tablets, and this new Motorola device might just be the start of something big. The new Motorola RAZR i MT788 features an Intel Atom processor, 4.3-inch screen, front and rear cameras, and a microSD expansion slot all powered by Android 4.0. 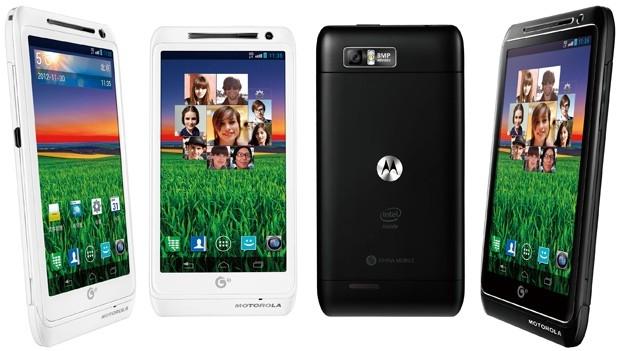 The new device's atom is the Z2480, which is capable of running at 2GHz. The 4.3-inch screen features a resolution of 960 x 540, which is a bit low by today's standards. It's protected by Gorilla Glass and has a 1.3-megapixel camera sitting above. The flipside features an 8-megapixel camera.

The device is pretty similar to the Western version when seen on paper. However, the new device features a new case which looks identical to the XT788 on China Telecom. It also sports a smaller battery than the Western variant and lower internal memory. Price is not yet available, but it will be on sale in mid-December.