Oprah loves the new Microsoft Surface tablet. She loves it so much that she's already bought 12 of them for Christmas gifts. She announced this revelation to the world through her Twitter yesterday. Only one problem: she used an iPad to post the tweet--and people are able to see this: 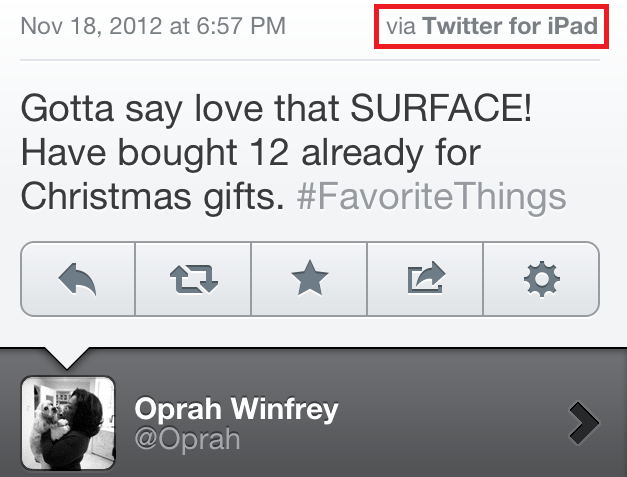 It's not that big of a deal, especially since it probably wasn't even Oprah who posted the tweet. But still, it's an avoidable mistake that could affect the Microsoft marketing deal they have going. It's definitely something that generates a laugh, like a Facebook post that says it was posted from mobile complaining about drivers who text and drive.

Enjoy it for what it's worth. The tweet is still visible on Oprah's Twitter, so they haven't caught word of this little oversight quite yet. It'll likely be removed sometime soon. Funny? Stupid mistake? What are your thoughts?