If you're an iMessage user, you might have woken up - or suddenly discovered - that you're iMessage wasn't working. It seems the downtime of iMessage isn't just in certain locations, but is much more widespread. 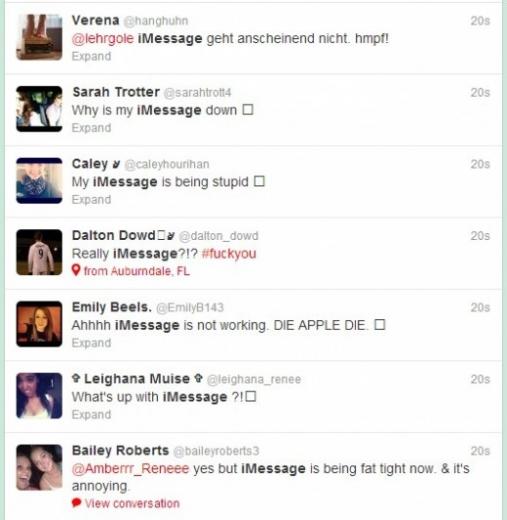 TheNextWeb has collated a bunch of tweets, showing the pain that iMessage users are going through right now, shown above. It looks like Apple has not only confirmed that iMessage is down, but so is FaceTime.

Apple experienced iMessage downtime just two months ago - and it seems that it has struck again. For a company this powerful, selling the premium product of choice in the mobile market, is it just me, or would one expect this to not happen - at least not this often. Twice in as many months is not good.

SMS still works, by the way - just the iMessage service and FaceTime. Apple has issued a statement via their System Status page, saying: