What could potentially lead into a huge, huge war - the conflict over in the middle east with Israel and Gaza, is Anonymous stepping in and taking down multiple Israeli websites. 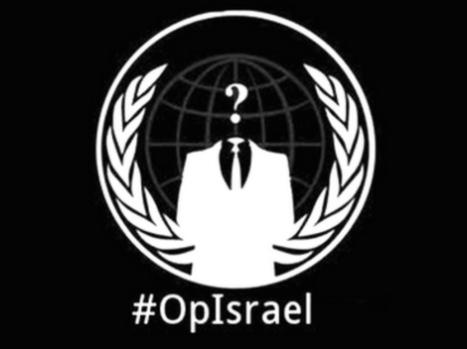 These aren't just little pleb websites, we're talking big Israeli sites - which Anonymous have called "OpIsrael". This comes in direct retaliation to threats from the Israeli government that it may shut to and from Gaza as violence between its Israeli Defence Force (IDF) and Hamas seem to be escalating.

Anonymous has stepped up and said:

For far too long, Anonymous has stood by with the rest of the world and watched in despair the barbaric, brutal and despicable treatment of the Palestinian people in the so called 'Occupied Territories' by the Israel Defence Force. But when the government of Israel publicly threatened to sever all Internet and other telecommunications into and out of Gaza they crossed a line in the sand.

The hacker collective group have reportedly smashed into 600 URLs, as well as claiming to have deleted databases belonging to both Israel's Ministry of Foreign Affairs and the Bank of Jerusalem.