Powerbook Medic have down a detailed teardown on the recently launched Nexus 10 from Samsung. After they've pulled that high-res 2560x1600-pixel screen, the insides get peeked at. 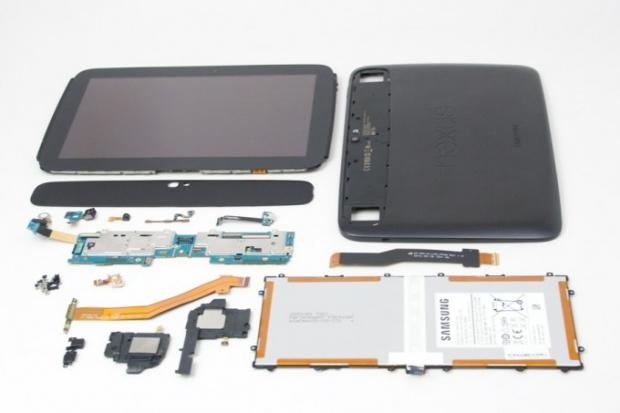 They've found that the battery, processor, and flash storage are all genuine Samsung-made parts. Considering that Samsung make components for most of the other big players in the mobile market, it would make sense for them to bake their own goods into their own product.

Powerbook Medic found that there's not much glue used, which is good news, meaning that the Nexus 10 can be pulled apart easily - requiring just a few tools.