US Magistrate Judge Paul Grewal has allowed both Samsung and Apple to add new devices to their ongoing patent dispute. Grewal has allowed the Korean tech giant to include the iPhone 5 in the lawsuit over LTE patents. Meanwhile, Grewal has accepted Apple's amended complaint, which now includes the Galaxy Note 10.1 and Galaxy S III. 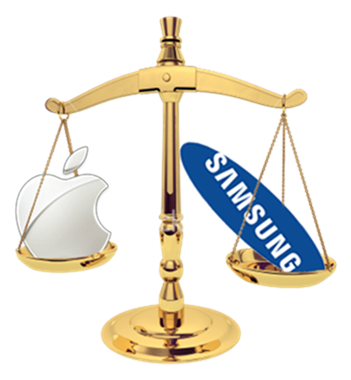 Apple has also added Android Jelly Bean in to the suit, even though it has basically nothing to do with Samsung. It will be interesting to see who pays what if a ruling is made against Jelly Bean. This is just the continuation of lawsuits that the two mobile giants have hit each other with over the past years.

Everyone likely remembers that Samsung has been ordered to pay Apple $1 billion in damages, so maybe in this lawsuit, it will be time for Apple to pay some of that money back. This current case, which just received the additional devices, is set to be heard in 2014. We're many new devices away from 2014, so it will likely be updated several more times before being heard.