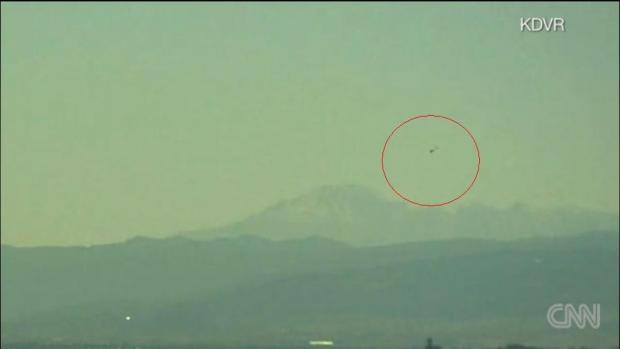 The North American Aerospace Defense Command (NORAD) is located in Colarado Springs, who monitor the skies in case of an attack on the United States. NORAD gave the CNN the following statement:

Our Command Center reviewed their records and they did not have any noted air activity in the Denver area during the times you indicated.

We have both the FAA and NORAD not being able to track this object flying through the sky - and debris? Really? It's shooting up awfully quickly for debris and seems to be able to change trajectory pretty damn quickly. Denver is said to be a hotspot for this activity - anyone in and around the area that would like to comment?