Thought your current single 3TB HDD was big enough? Well, if researchers out of the University of Texas have anything to do with it, you could see a huge spike in storage capacity of HDDs with a new technique they're working on. 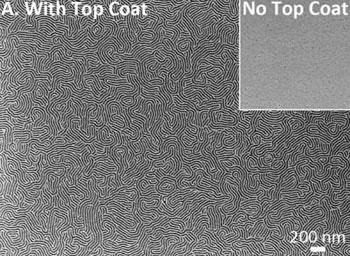 The research is being led by C. Grant Willson, professor of chemistry, biochemistry and engineering at UT, where the team have found a way to use self-organizing substances called block copolymers to help isolate a disk's magnetic dots, allowing them to be closer together without becoming unstable. Current drives write ones and zeroes as magnetic dots across a metal disk.

The closer these dots are together, the more data that can be crammed into the same area. But, with current production methods, these dots can't get much denser than around a terabit of information per square inch, or else their magnetic fields interfere with each other, and would lead them to randomly flip states. The new technique involving block copolymers, a UT post reads:

At room temperature, coated on a disk surface, they don't look like much. But if they're designed in the right way, and given the right prod, they'll self-assemble into highly regular patterns of dots or lines. If the surface onto which they're coated already has some guideposts etched into it, the dots or lines will form into precisely the patterns needed for a hard disk drive.

The team has made some advances in the technology, where they've synthesized block copolymers that have the ability to self-assemble into the smallest dots in the world, all of which happens in just 30 seconds. This is a new record, with Willson stating: "I'm not even sure how it is possible to do it that fast. It doesn't seen reasonable, but once in a while you get lucky".

There's no ETA of when this technology would reach consumer electronics, but it has the attention of the biggest storage companies in the world - such as WD subsidiary HGST collaborating with the UT to see if the technology can be used in their products. The team are also collaborating with Nissan Chemical Company and Molecular Imprints.