Everspin Technologies, an Arizona-based company, has become the first in the world to supply MRAM, shipping their own ST-MRAM (Spin-Torque Magnetoresistive Random Access Memory) chips to select customers. This non-volatile storage claims to be up to 500x faster than current SSDs, but comes with a similar price tag - up to 50x more expensive. 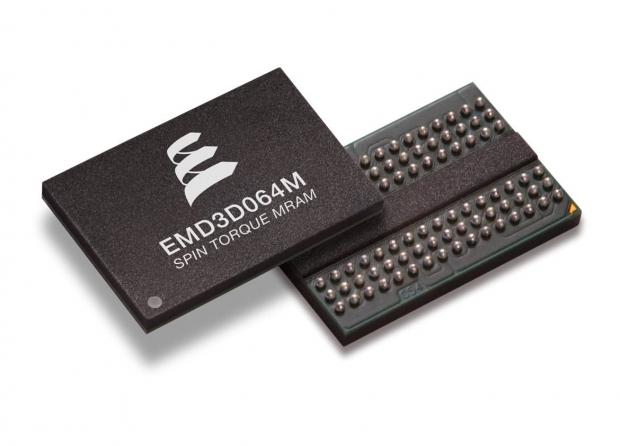 Although the speed is there, drawbacks are, too. Everspin aren't looking to replace SSDs, but they're aiming to supplement them. This is most likely because of the huge price, with ComputerWorld stating that ST-MRAM is around 50x more expensive than current flash-based offerings. But, all technology starts out like that, just like SSDs. SSDs once cost thousands of dollars, and can now be had for under $100 for an 120GB drive.

High-power requirements are the next hurdle for ST-MRAM, with Everspin saying that the 64GB NAND flash drives found in current SSDs use around 80mW of power. Compared to just 1GB of ST-MRAM which requires 400mW, this is an absolutely huge party stopper. There will be some work required before we see this technology dream of being mainstream, but it's incredibly exciting to know that this is what is on offer right now.