We've already seen LG, Toshiba and Sony all announce 4K TVs, but now Samsung are teasing that they are set to unveil their own 4K set at the upcoming Consumer Electronics Show (CES) 2013 in Las Vegas. 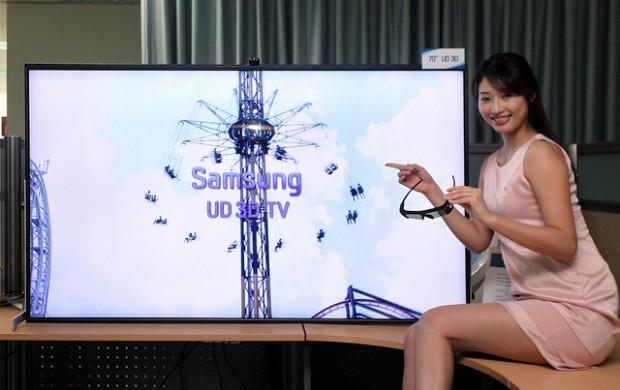 Samsung haven't offered much details on the new Ultra High-Definition TV, but we know that it will be an 85-inch set, and the South Korean device maker has branded the display as "the world's largest commercialized UHD LED TV", sporting more than eight million pixels and "life-like picture quality".

No price range or ETA has been unveiled, but if it's anything like last year's CES where Samsung debuted their 55-inch Super OLED display, it might not even reach the market at all. I doubt that, as 4K TVs should explode in popularity next year - let's just hope that next-gen consoles can pump up resolutions to 4K.