Reuters is reporting today that Advanced Micro Devices (AMD) has hired JPMorgan Chase & Co. The job they are tasked with is rumored to be explore potential options, which may be finding a buyer. AMD has been continuing to have trouble being competitive in the marketplace, with its CPU performance falling further and further behind Intel. 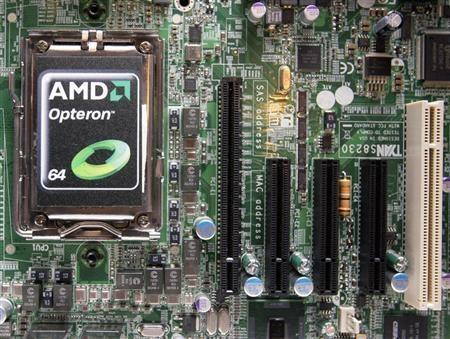 According to Reuters' sources, the sale of the company is pretty low on the list of options, with others, such as a sale of its patents, being considered first. AMD, of course, has denied this statement, e-mailing Reuters and telling them that they are not actively pursuing a sale of the company or major assets.

"AMD's board and management believe that the strategy the company is currently pursuing to drive long-term growth by leveraging AMD's highly-differentiated technology assets is the right approach to enhance shareholder value," spokesman Drew Prairie said.

The marketplace would not be the same without AMD remaining as Intel would basically be left without competition in the traditional x86 market. However, both AMD and Intel were caught off guard by the rapid transition to mobile, where ARM and companies that use ARM designs have the stronghold.