"You are Sarah Kerrigan, former Queen of Blades. Once the most feared entity in the galaxy, you now wait in a cell in the depths of a high-security research laboratory. Before the murderous forces of the Terran Dominion close in, you must plot your escape to the dark reaches of space...and reclaim your living empire at the Heart of the Swarm." 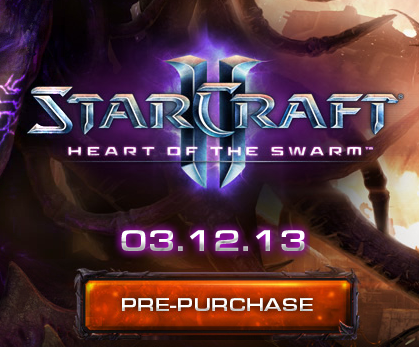 More importantly, the game can be preordered starting today by going to Blizzard's website for the game. At the website, you can also find video trailers, screenshots, and lots of other information to whet your appetite for the new game. Only 5 more months before you can sink your teeth into it.