It is being reported that anti-virus pioneer and founder of McAfee, John McAfee, is on the run from police on murder charges, according to Beliza police, reports Gizmodo. 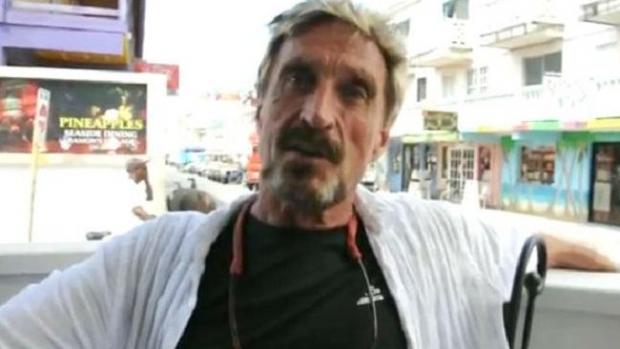 The head of the national police force's Gang Suppression Unit, Marco Vidal, has said that McAfee is the prime suspect in the murder of American expatriate Gregory Faull, who was shot and killer on Saturday night in his home in San Pedro Town, on the island of Ambergris Caye.

The police report has stated:

On Sunday the 11th November, 2012 at 8:00am acting upon information received, San Pedro Police visited 5 miles North of San Pedro Town where they saw 52 year old U.S National Mr. GREGORY VIANT FAULL, of the said address, lying face up in a pool of blood with an apparent gunshot wound on the upper rear part of his head apparently dead. Initial investigation revealed that on the said date at 7:20am LUARA TUN, 39years, Belizean Housekeeper of Boca Del Rio Area, San Pedro Town went to the house of Mr. Faull to do her daily chores when she saw him laying inside of the hall motionless, Faull was last seen alive around 10:00pm on 10.11.12 and he lived alone. No signs of forced entry was seen, A (1) laptop computer brand and serial number unknown and (1) I-Phone was discovered missing. The body was found in the hall of the upper flat of the house. A single luger brand 9 mm expended shells was found at the first stairs leading up to the upper flat of the building. The body of Faull was taken to KHMH Morgue where it awaits a Post Mortem Examination. Police have not established a motive so far but are following several leads.

Gizmodo reported earlier that McAfee had become "increasingly estranged" from his fellow expatriate over the last few years, with his behavior becoming very erratic and even admitted to associating with some of the most notorious gangsters in Belize.

McAfee founded the self-named company in the late 1990s, and sold the business to Intel in 2010 for around $8 billion. After which he turned his attention to a new company researching into antibiotics in Belize.