Microsoft is pretty much only known in the operating system world for Windows, but the Redmond-based software giant have been working on another OS in secret, cheating on Windows. 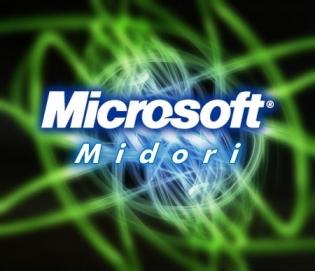 The secret OS is known as project Midori, and according to ZDNet's well-sourced Mary Jo Foley, it has definitely been beating along in the labs at Microsoft. Midori is a new OS believed to be designed around Singularity, which was a Microsoft Research microkernel OS. The under-development OS was, and most likely still is, overseen by senior vice president of technical strategy, Eric Rudder.

The OS is reportedly a distributed, concurrent OS, and was referenced during a presentation last month at the OOPSLA 2012 conference. A handful of Microsoft employees presented a paper during the event which was titled Uniqueness and Reference Immutability for Safe Parallelism.

Within this paper, Microsoft outlined what is described as a prototype extension to C# that facilitates security and parallelism.

Our type system models a prototype extension to C# that is in active use by a Microsoft team. We describe their experiences building large systems with this extension....

A source-level variant of this system, as an extension to C#, is in use by a large project at Microsoft, as their primary programming language.

That's not the only tease, with a recent job description over at Microsoft looking for a software architect to help develop a concurrent programming model. This is from the job description:

This programming model is a core component of a new, novel operating system, 99% of which is written in type- and memory-safe C#. A core principle we add to managed code is that 1st class, statically enforced concurrency-safety must become a peer of type- and memory-safety. This role demands innovation at each layer of the software stack: programming model abstractions, scheduling (kernel and user-mode/runtime), message passing and asynchrony more generally, shared-memory, data and task parallelism, distributed parallelism, heterogeneity (including vectorization and GPGPU), interaction with processor architecture, feedback directed optimizations, and even language design and compiler implementation.

I wonder if this is what will materialize into a future version of Windows, or will we see a change in Microsoft over the years. Would they ditch the Windows name if there was a truly next-generation OS to be unveiled? I just got a little excited about the future of Microsoft...