Samsung devices are a huge sales driver for T-Mobile, and well, for every other company and even the South Korean device maker themselves. 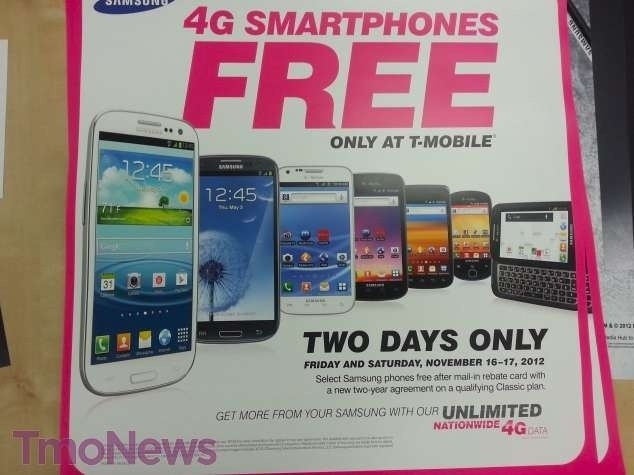 But, T-Mobile on-contract pricing can be a little bit steeper than the competition, but it looks like T-Mobile is feeling a bit festive, and this time, early. T-Mobile have a bunch of Samsung phones on sale, including the Galaxy Note II and Galaxy S III, either for free, or very cheap, when put on a contract.

T-Mobile's pricing structure is built to incentivize you to buy phones through their Value Plans or Monthly 4G Prepaid plans, but it looks like this weekend's sales are pushing customers toward their Classic Plan, which will give customers the chance of saving hundreds of dollars if they grab a Note II or Galaxy S III.