The November 18th release date of the Nintendo Wii U is fast approaching which means Nintendo's latest console will soon be set out into the world to most likely replace our dust-collecting Wii consoles. 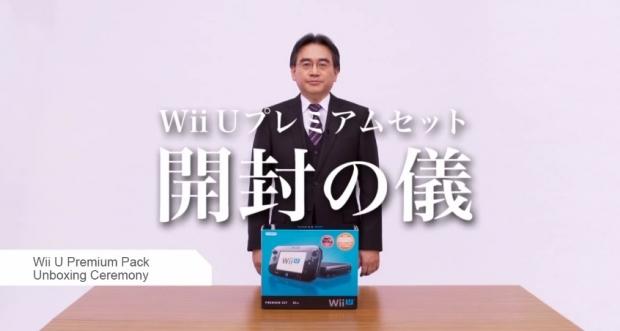 Wii U units have started making their way to journalists this week for review, which means we're sure to get flooded with unboxing videos in the near future. Seeing as Nintendo's President Satoru Iwata not only unboxed the Wii U Deluxe Set on Nintendo's YouTube channel, but also deemed it a "Wii U unboxing ceremony" means no one should even attempt their own unboxing seeing as how much awesome oozes out of Nintendo's official unboxing.

Iwata-san admits a number of times this is his first time unboxing the Wii U console, which can be made more apparent as he fumbles with cables and not knowing exactly where to place the Wii U GamePad later on in the video. He even dons some sweet white gloves, to which he comments he feels like Mario when he wears them.

If you're wondering what exactly will come inside of your Wii U Deluxe Set, this is a great way to find out by none other than the President of Nintendo.