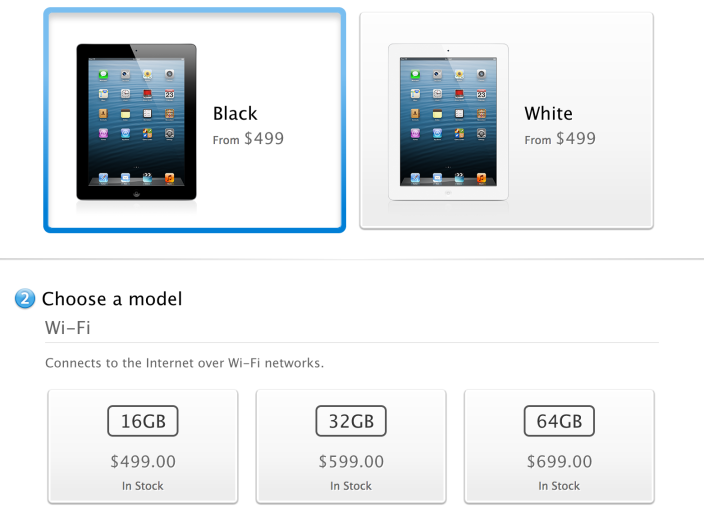 The simple fact is that Apple always has supply issues for several weeks after launch and the lack of these shortages for the new iPad don't bode well. Apple announced that over the launch weekend 3 million iPads were sold, but they didn't specify which quantities of those were iPad minis and which were the new iPad fourth generation.

The iPad mini is still in short supply, with the web store offering up that it will be available to ship in roughly two weeks. Apple will have trouble, it seems, catching up with demand for the holiday season. It's not clear why the fourth generation iPad seems to be selling so poorly, but if you're looking to pick one up, it's probably a good thing.