Disney Epic Mickey 2 is just two weeks away from being released, but if you never played the original game that came out for the Wii in late 2010, then you pretty much have no idea what you should be excited about. Instead of taking a gamble in hopes Disney Epic Mickey 2 is something you'd enjoy, DIsney Interactive has just announced a demo for the game has been released on Xbox Live and the PlayStation Network. 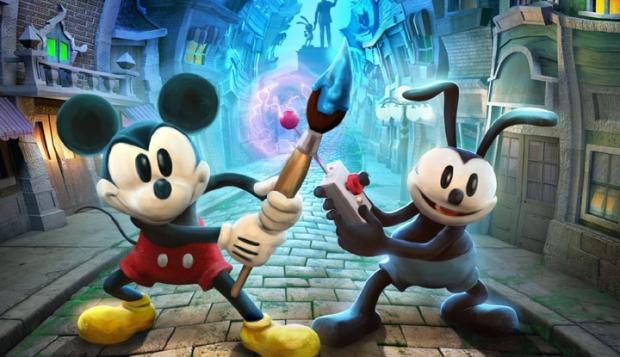 The demo for Disney Epic Mickey 2 will have players controlling Mickey Mouse as he works his way through the game's opening tutorial, to then play through some early levels of the game which includes the memorable magical laboratory of the sorcerer, Yen Sid.

Players will also meet Oswald the Lucky Rabbit, which happens to be the first cartoon Walt Disney ever drew, to experience some of the game's co-op abilities.

The demo should certainly give you a good idea of what the game will be about when it releases across North American retailers on November 18th. So while you're waiting for your copy of Halo 4 to come in, why don't you fire up your Xbox 360 or PS3 to check this demo?