Amazon has jumped into yet another market by producing their own mobile game for Android and iOS. The game, called Air Patriots, seems like an interesting take on the whole tower defense type game that has proven popular on the mobile platforms. I know I love TowerMadness and play it constantly on my iPhone. 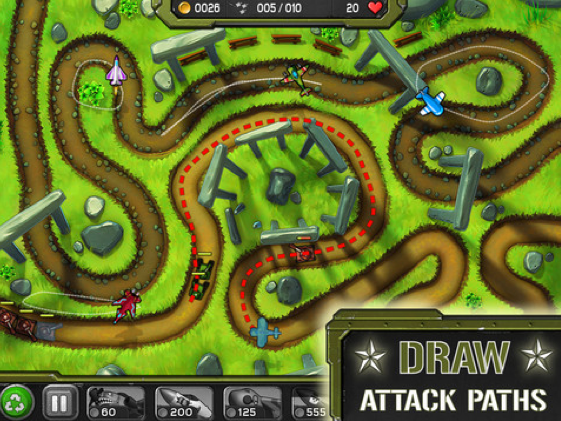 Air Patriots has the player control a squad of planes to defend your territory and defeat the enemy. Users draw a path on the screen with their finger, which the planes then follow and use as attack paths. Amazon is offering up 13 different types of planes, 28 levels, and 7 different maps, 3 of which are free.

"When we created Air Patriots we wanted to make a game that was easy and engaging, and the simplicity of drawing paths for planes was something we thought would appeal to players," Ernie Ramirez, executive producer at Amazon Game Studios, said in a statement. "We think customers will find Air Patriots both familiar and fresh, with a degree of challenge that keeps them engaged and enthused to play more."

iOS users can grab the game from Apple, Android can grab it from Google, and Kindle Fire owners can download it from the Amazon Appstore.