Who thought this time last year that SSD maker OCZ would be in this much trouble? The company have announced their reducing a large number of its staff, with as much as 28% of their non-production staff being out of a job, while workers at the company's Taiwan production facility getting cut down by 32%. The company has said: 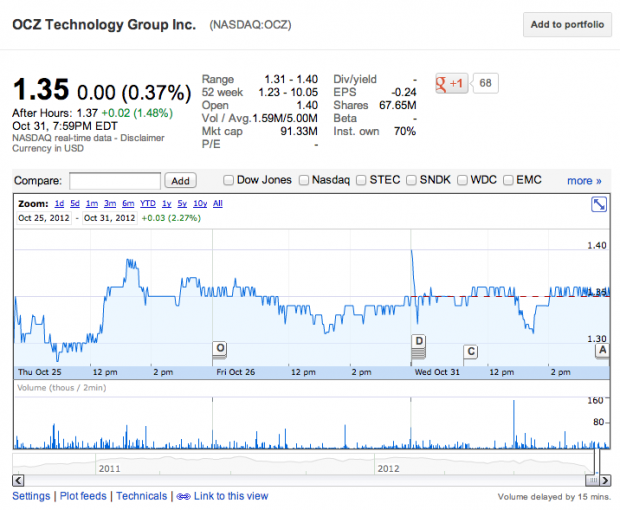 We are undergoing a transition phase in the Company's evolution in which we are refocusing our efforts on products and strategies that will benefit both OCZ and our stakeholders over the long term. We have already taken aggressive steps to address some short-term tactical challenges and have begun streamlining the organization to help ensure that OCZ will be in the best position moving forward to address the fast growing consumer and enterprise SSD markets.

They aren't just stopping there, either. OCZ plans to discontinue around 150 product variations, too. OCZ adds:

This streamlines OCZ's product offerings to address the mainstream and higher-end consumer products, as well as enterprise and OEM solutions. The company has also evaluated its inventory and is in the process of making the necessary adjustments, including monetizing some inventory to better align its product offerings and to free-up cash for the business.