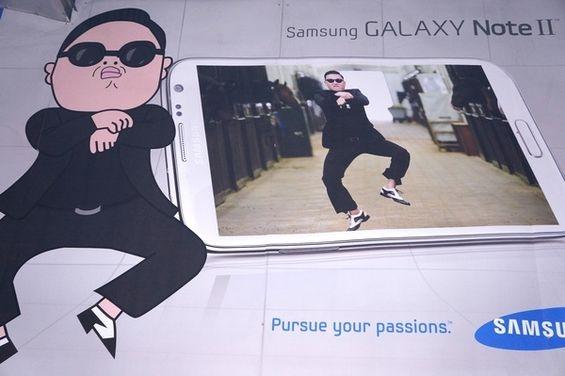 PSY, who is best known for his world-wide hit, Gangnam Style, was the icing on the already impressive launch event cake as Samsung made many Galaxy Note II's available for guests of the event to check out for themselves. The event even sketch artists available to offer sketches of guests while using the Galaxy Note II.

An editor at Toms Hardware was in attendance and was able to shoot some video footage of PSY's performance at Samsung's launch event of the Galaxy Note II in Toronto. If you've seen PSY's performances anywhere, then you already know what to expect with the video below.