Finally, Rockstar have announced the release windows for Grand Theft Auto V - spring 2013 for the Xbox 360 and PlayStation 3. GTA V is set in a "re-imagined, present-day Southern California in the largest and most thriving game-world we have ever created set in the sprawling city of Los Santos and for miles beyond - from the tops of the mountains and the depths of the ocean". 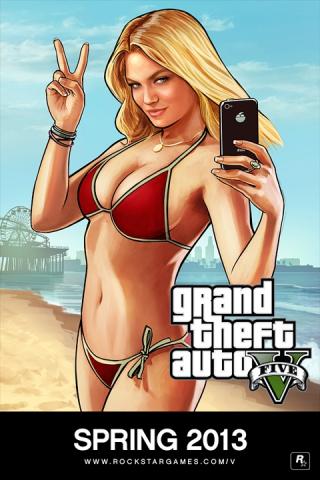 Pre-orders will open up on November 5, with the developer to tease even more details of the game in the following weeks. One very negative thing about this is that Rockstar didn't talk about the PC platform in their announcement.

I did see on their site that they posted about the PC version in the comments section stating that "we're currently focused on the Xbox 360 and PS3 versions of the game and don't have any details to share about a PC version at this time". It seems that a lot of people, myself included, are disappointed that the ageing consoles are getting their release, but our powerhouse PCs are left out, once again.