Last year, Google released a plug-in for the wildly popular Google Chrome. Like all things Google, this plug-in started out as a beta. The plug-in was a utility that would allow users to remotely access other PCs through Chrome. Today, Google has upgraded this plug-in from beta status with additional features. 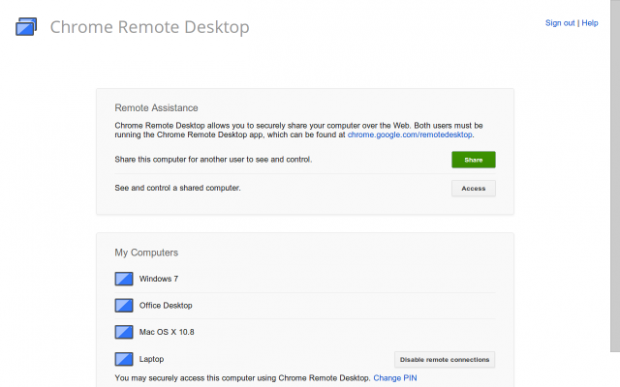 To move the plug-in out of beta, Google added some extra features, some of which are really sweet. For instance, you can now have a real time audio feed from Windows, which should allow you to stream your MP3 collection through the internet to wherever you may remote desktoping in from.

Google is really trying to sell the plug-in as part of the Chromebook experience. You can take your highly "portable and easy-to use Chromebook with you on the go" and still remote into your PC or Mac at home to listen to music, do work that isn't possible on a Chromebook, or to just check on things.

Google says that they are still working on even more features to make Chrome Remote Desktop even more powerful. You can grab the plug-in from the Chrome Web Store.