Google has unleashed a new wave of Nexus devices upon the world, even after canceling their press event due to Hurricane Sandy. Get ready for some great new devices because that is what Google has on offer. Out is the old Nexus 7 8GB, in is a 16GB at the same price. Also new to the Nexus 7 is cellular network capability. 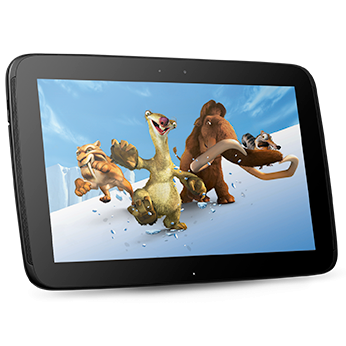 The new Nexus 4 is not quite for sale, at least not yet. However, a sign-up page has been put online for users to be notified when the device is actually available. It comes in two models, an 8GB version for $299 and a 16GB version for $349. Noticeably lacking from the devices is LTE capability. Instead, they both feature unlocked HSPA+ radios.

The nexus 7 has seen a price cut along with some new features. The 16GB version will set you back $199, the 32GB version, $249, and a new 32GB model with mobile data will set you back $299, though this model isn't available yet. It has the same sign-up form that the Nexus 4 has. Google is no longer offering an 8GB model.

Lastly, the company has on offer a new Nexus 10 tablet, which is clearly designed and engineered to compete with the iPad. The 16GB Wi-Fi only model will cost you $399 and the 32GB version will set you back $499. Both are currently not for sale, though you can be notified when they are. The Nexus 10 tablet features a screen that has the same resolution as the 13-inch Retina MacBook Pro, which means it has a higher PPI than the iPad.