Vivian Hung, Regional head of ASUS Australia described the notion of "design thinking" for the new family of devices. Hung introduced the new VivoTab family, which was the "first ASUS Windows 8 tablet" before introducing Anson Zhang, the product manager for tablets in Australia.

Zhang provided some numbers from Telsyte Research about the forecast of tablets in Australia, "11 million Australians will have tablets by the year 2016" he informed the crowd shortly after asking how many people had tablets (about 90% of the attendees raised their hands). In other words, about one in every two people in Australia will have a tablet in 2-3 years; this isn't really surprising due to the influx of affordable tablet devices coming out. 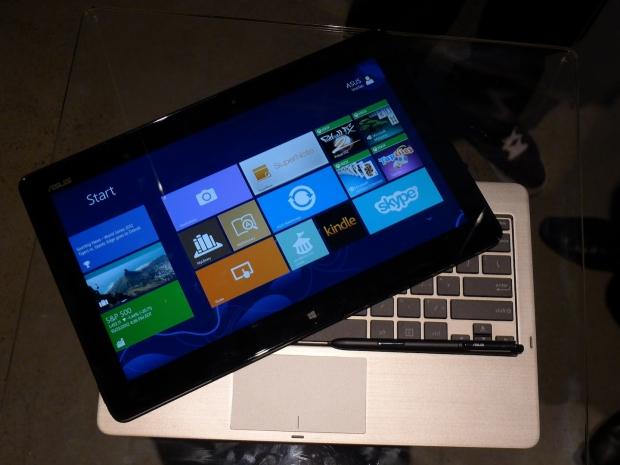 The VivoTab (this is a unit & also the family name) is a 11.6" device preloaded with the full version of Windows 8 and is powered by an Intel Z2760 processor (Turbo boost up to 1.8Ghz). The 10" VivoTab RT as its name suggests, will have Windows RT preloaded (the only one from ASUS). Zhang spoke about its hardware specifications: 8.3mm thin, 525g light and will be utilizing the Tegra3 SoC from NVIDIA (ARM!).

Both devices will come with a Wacom Digitizer Stylus (which unfortunately doesn't slot into the tablet itself, so you'll need to carry it like a pen in your pocket). Both tablets will have a huge battery life similar to the Transformer tablets, The VivoTab and the VivoTab RT will have 16 hours and 19 hours of battery life, respectively (when docked, the dock is an optional accessory) - there was no mention of the battery life of the tablet itself, however it should be about 8-10 hours. 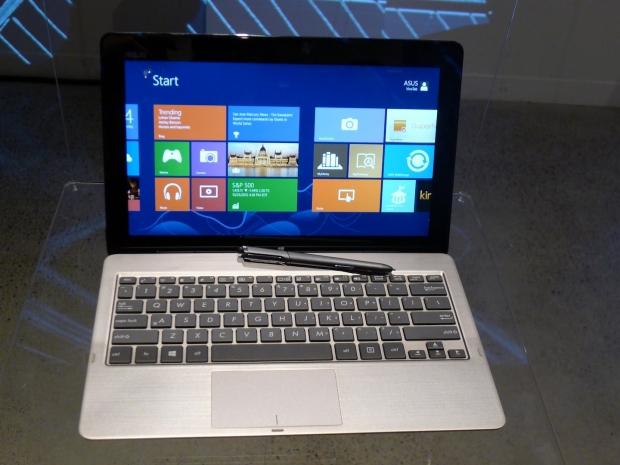 The big brother of the family, the VivoTab Smart (with the full version of Windows 8) comes in three colors (black, white or red) and can be further personalized with its optional TranSleeve cover (the cover also includes a wireless keyboard) to protect the screen - the cover also comes in several colors. The VivoTab Smart reminds me a lot about the upcoming Microsoft Surface, same operating system, same design, and the same flippy-cover keyboard. Zhang says the keyboard-cover bundle was created to "optimize the typing experience and provides tablet protection".

The VivoTab RT will be in stores in Australia by the end of November. The other two models will follow in the next few months.

Shortly after, "the new range of touch notebooks brought to life by Windows 8" was introduced by Jackson Hsiao, notebook product manager for ASUS Australia.

The F202 is targeted a price-conscious crowd and will feature a Celeron processor and a 11.6" screen, the F202 will have a starting price of $499. The S400 is a 14" notebook that was created to be "sexy, slim and trendy" and will start at a price of $799. More details about the specifications of these notebooks were not confirmed by ASUS as they were not finalized but both VivoBooks will be available in Australia in November 2012. 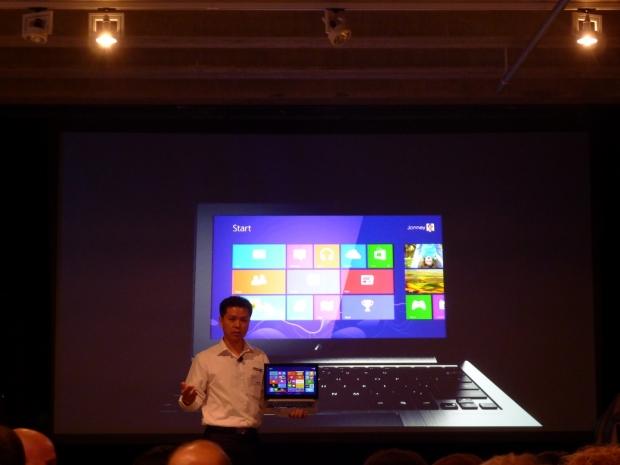 The second notebook announced was the Zenbook Touch. It's basically the Zenbook Prime + Touch + Windows 8 (what I wrote in my notebook, ha) and will be available in Australia in the next few months. 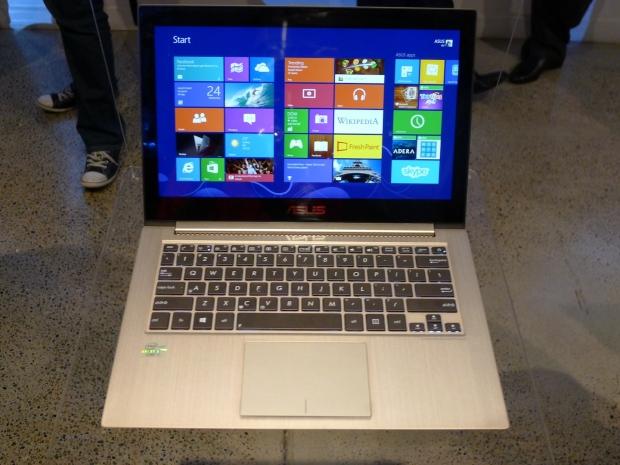 Finally, the ASUS Taichi was unveiled to the crowd. The Taichi's biggest selling feature is the dual-screen, one on the front of the screen (not touch-enabled) and one on the back (multi-touch). Adding two screens to one device was a tricky concept but Hsiao explains, "The Taichi does not compromise on any luxuries". 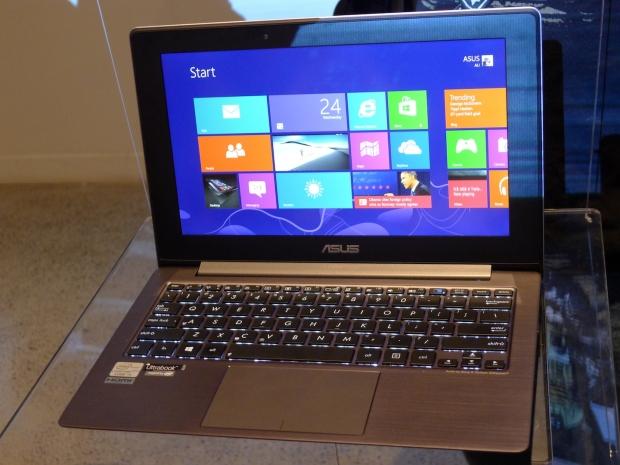 The two screens can be arranged in "duplicate stream or individual" modes. Business people will most benefit with the duplicate stream mode, especially during presentations to clients sitting opposite themself. 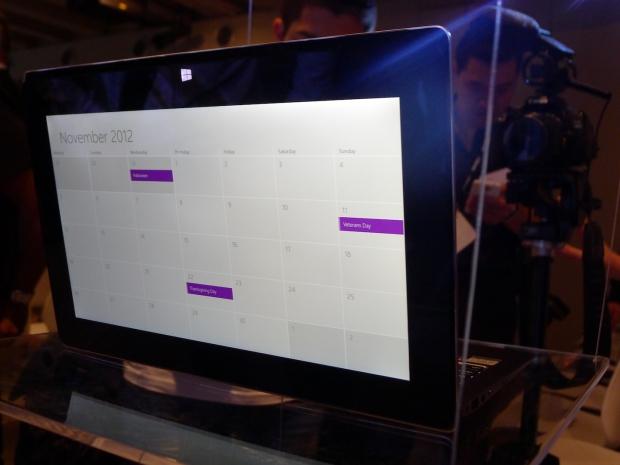 As I said to the ASUS employees on the night, the Taichi was a big highlight during the announcement at Computex earlier this year. The concept of tablet + notebook in one device is very intriguing (and Windows 8 is the perfect operating system to drive innovations like this) but the ultimate question was how the extra screen would affect the battery life. Hsiao quoted the battery life at about 5 hours with the front screen on only, and about 3 hours with both screens being used simultaneously (Taichi mode).

One advantage of this design is the ability to switch between traditional notebook when a physical keyboard is needed and tablet mode. When the screen is closed, the tablet function was responsive to both stylus and finger gestures and inputs. Coming at a price point starting at $1599, the ASUS Taichi will be in Australia by November 2012 in both 11.6" and 13.3" screen sizes. 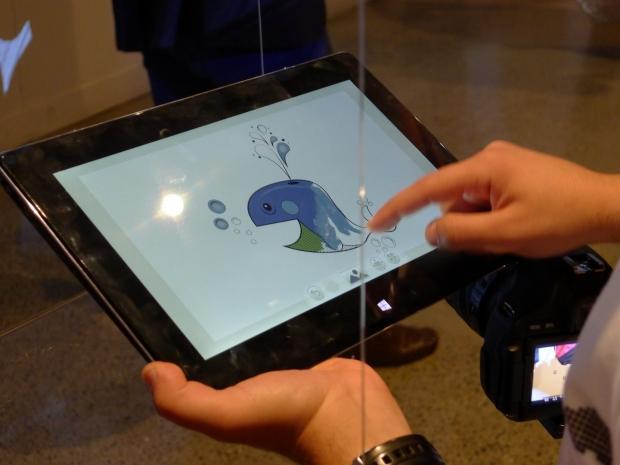 ASUS is coming out with all guns blazing for Q4 2012 with a strong lineup of Windows 8 tablets and notebooks across various price points and market segments. I'm sure Anthony will be requesting some of these units discussed today for review.