Pre-order bonuses have typically been an exclusive map, character or real-life merchandise like a sticker or poster, but this is the first time that I thought any pre-order bonus for any game was worth me going out to a store to pre-order any game at this moment as I absolutely need it in my life. 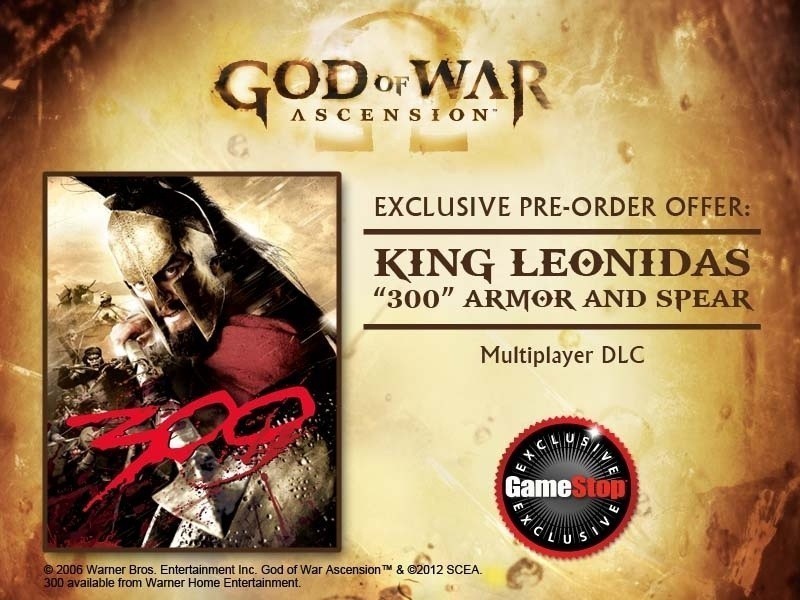 Sony has announced today one of the weirdest, but at the same time, coolest piece of pre-order bonus content I've ever heard of. For God of War: Ascension, if you pre-order either the standard or collector's edition of the game, you'll be given a voucher code to access King Leonidas from "300."

Yes - the ultimate Spartan to have ever kicked a messenger into a bottomless pit will be somewhat of a playable character in God of War: Ascension as the voucher code will give access to King Leonidas' red cape, helmet, armor and spear which has its own combat moves. All of this will be made available in God of War: Ascension's multiplayer mode only.

If that wasn't enough for you to pre-order from GameStop right now, wait until you hear about the last piece of pre-order goodness. Sony is also making a double-sided God of War: Ascension poster available as a pre-order bonus.