Microsoft has beaten everybody else to the punch and conducted a drop-test with its new Surface RT tablet. They recorded video using the device and dropped it from a height of roughly 30-inches. The device records the entire fall, and even manages to survive the drop and continue recording as it is picked up.

Since the recording was done with the internal camera, there's no view of the damage sustained by the screen or chassis, but I'd venture to guess that it was pretty minor, considering it was dropped only from 30-inches. Furthermore, nobody in the video reacts particularly horribly about sustained damage, so it's probably a good bet it survived.

Microsoft needs to do stunts like this to drum up support for Windows 8 and the Surface tablets as they launch a week from today. After yesterday's dismal financial results, a lot is riding on these new products that are coming down the pipeline. Only time will tell if they will end up being successful. 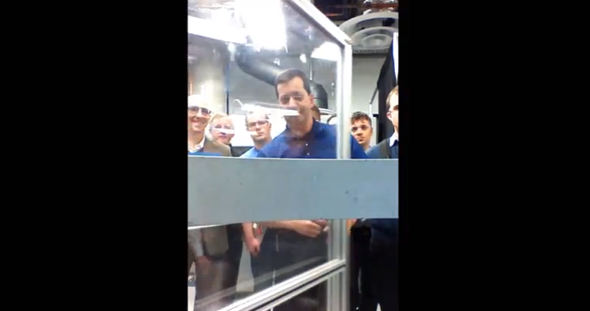