New information reveals that the Nokia Lumia 920 will only be exclusive to AT&T for six months! We had previously reported about AT&T receiving the Lumia 920 exclusively, but that was quickly followed by several other pieces showing off Windows Phone 8 phones destined for other carriers, many in a similar design as the Lumia 920. 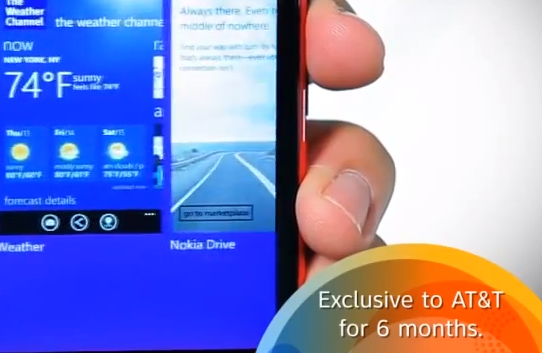 It has now come to light, via some AT&T training videos, that the Lumia 920 will only be exclusive to AT&T for six months. After that period, it's very possible and likely that Nokia will shop the device around to other carriers in the United States to widen the customer base who can purchase the new Windows Phone 8 device.

After those six months, it's very likely that users of T-Mobile will get to take advantage of the wireless charging, City Lens, and other cool features that are provided by the Lumia 920. And, better yet, it comes in some really cool and bright colors...who could possibly turn it down?