The Pirate Bay is looking to say good-bye to downtime and police raids by moving its hosting into the cloud. With this move, the data will be replicated around the world, across multiple servers and countries, basically making it invulnerable to any sort of police action in a single country. 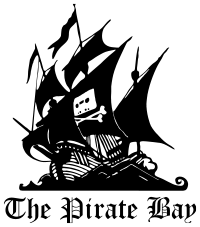 Since clouds span multiple countries and multiple servers, usage should be snappier and there should be better up time, due to it being in the cloud, and due to its perceived safety from police raids. "Moving to the cloud lets TPB move from country to country, crossing borders seamlessly without downtime. All the servers don't even have to be hosted with the same provider, or even on the same continent," The Pirate Bay told TorrentFreak.

"Running on VMs cuts down operation costs and complexity. For example, we never need anyone to do hands-on work like earlier this month when we were down for two days because someone had to fix a broken power distribution unit," The Pirate Bay says. Using VMs is a great way to allow The Pirate Bay to quickly move to a new provider.

"If one cloud-provider cuts us off, goes offline or goes bankrupt, we can just buy new virtual servers from the next provider. Then we only have to upload the VM-images and reconfigure the load-balancer to get the site up and running again."

"If the police decide to raid us again there are no servers to take, just a transit router. If they follow the trail to the next country and find the load balancer, there is just a disk-less server there. In case they find out where the cloud provider is, all they can get are encrypted disk-images," The Pirate Bay says.

"They have to be quick about it too, if the servers have been out of communication with the load balancer for 8 hours they automatically shut down. When the servers are booted up, access is only granted to those who have the encryption password," they add.