Japanese site Blog of Mobile have published images what they're claiming to be Chinese device maker Huawei's Ascend W1 Windows Phone 8 smartphone. The usual blurry images are included, but it looks to sport a bright polycarbonate body like Nokia's Lumia smartphones, as well as HTC's Windows Phone 8X and 8S. 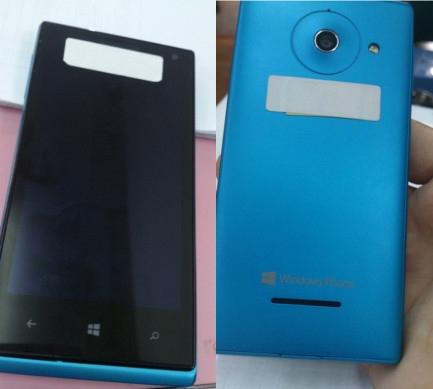 It won't come close to beating most 4- to 5-inch phones, but it will give the entry-level Windows Phone 8 market something to look at when in the market for a WP8-based device.