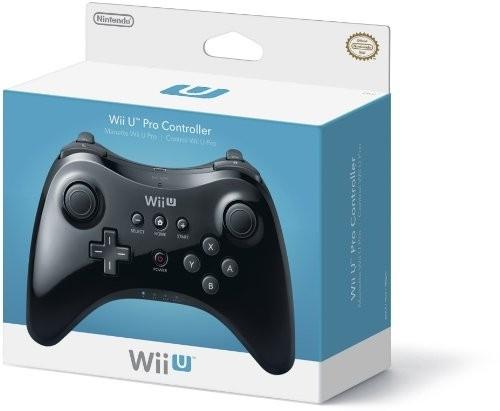 Nintendo haven't publicly announced this number, but retail giants Amazon and GameStop are using the specs in their product description, which probably came from Nintendo in the first place:

Your games, your way. However you think of your gaming style - hardcore, old school, or purely nostalgic - the Wii U Pro Controller puts you in the game. Designed for accessibility and extended gameplay comfort, the Wii U Pro Controller features the dual analog sticks and ergonomic button layout that you've come to expect, as well as a rechargeable battery that can last up to 80 hours on a single charge. The Wii U Pro Controller can be used for playing a variety of games - from packaged games at retail to downloadable games from the Nintendo eShop. Look on the back of Wii U game packaging to see which games use the Wii U Pro Controller. Not compatible with the Wii system or games.

The 80-hour battery life may sound great, but the backwards compatibility not being there is a bit of a kick in the guts.