I've got to admit, I wasn't that excited about Microsoft's Surface tablet when we first started hearing about it, but now that it's nearly here and we have found out more on Microsoft's iPad competitor, I'm beginning to get genuinely excited. 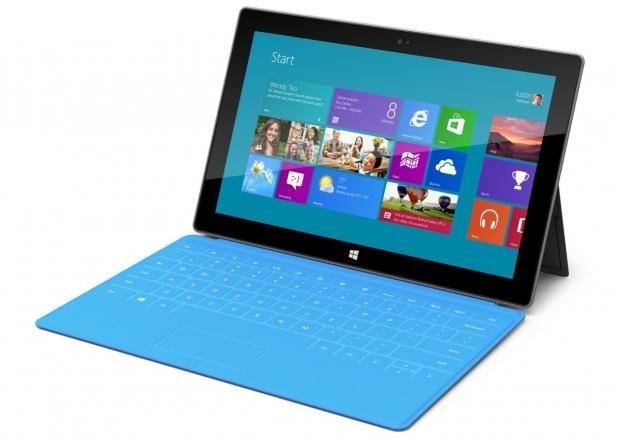 But, how does it fare in terms of specifications against the competition? Namely Apple's third-gen iPad and Samsung's pen-toting Galaxy Note 10.1 tablet? AllThingsD have made a great little chart comparing the tablets against each other, which you can see below. 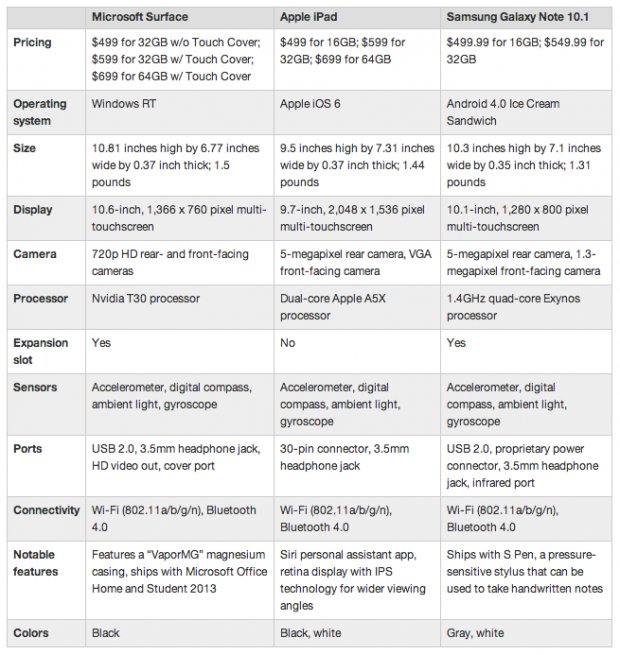 So the new Surface tablet sports a 10.6-inch 1366x760-pixel screen, compared to the iPad's 9.7-inch 2048x1536 "Retina" display, the Surface loses out in resolution, but enjoys its slightly bigger and wider display. Surface only sports 720p front- and rear-facing cameras which is disappointing in this 5-megapixel-plus rear-facing camera world we now live in. Processor-wise, the Surface comes with NVIDIA's T30 SoC which is a quad-core design, compared to the third-gen iPad's dual-core A5X processor and Samsung's 1.4GHz quad-core Exynos chip.

One area that the Surface really shines is in the fact that it offers Microsoft Office Home and Student 2013 - the competitors simply can't come close to offering a full productivity suite like Office.