ASUS have one of the most interesting Windows 8-based devices coming out this year, with their Taichi 21 dual-screen notebook. The ASUS Taichi 21 sports two 11.6-inch screens, both featuring 1920x1080-pixel IPS displays. 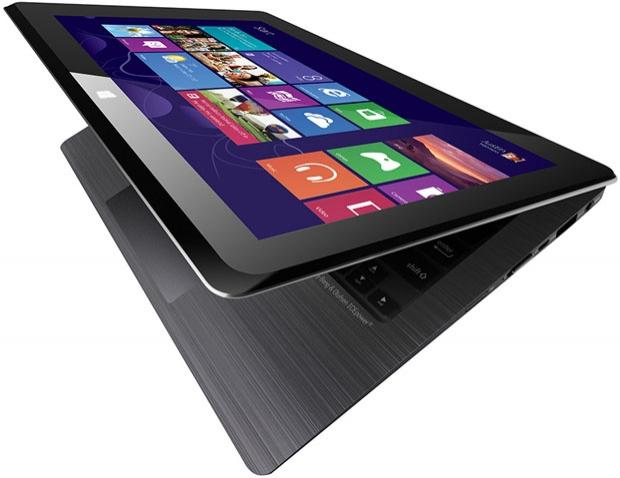 The first screen is where a notebook screen normally resides, in front of you, the user. The second one is on the rear of the screen, so when the lid on the notebook is closed it turns into an 11.6-inch touchscreen-capable Windows 8 tablet. It truly is a wonderful design. Both screens are IPS-based, meaning we'll see gorgeous color and viewing angles backed up by the Full HD 1080p resolution on each display.

Taichi 21's backside monitor supports 10-finger touch with an included stylus that offers 256 levels of pressure sensitivity. ASUS' Taichi 21 doesn't pack on the pounds, even though it packs dual screens where it measures in at just 0.7-inch thick, and 2.75lb with the included 6-cell battery.