AMD didn't report strong earnings in the last quarter, and now sources are telling AllThingsD that the CPU and GPU maker could reduce their workforce by as much as 30%. AllThingsD cite sources familiar with the company's plans that AMD will announce next week that they would slice between 20-30% of their employees, which could see up to 3,300 jobs disappear. 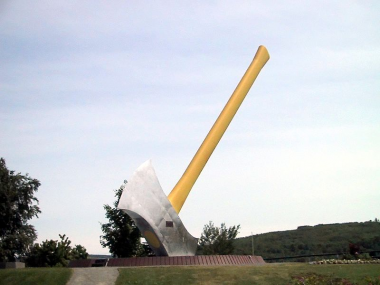 The sources have said that the cuts would affect employees in the engineering and sales departments, which have until now, been unaffected by previous rounds of cuts. The AllThingsD's sources also state something a little frightening for the company, that these cuts in the engineering and sales departments could be bad enough that it would force AMD to scale back some of their product offerings.

AMD are set to announce their quarterly earnings on October 18, but the announcement of the employee cuts could be announced a week later on October 25. AMD CEO Rory Read is rumored to have bought in a team of business consultants from McKinsey & Company and BCG to advice the struggling chipmaker. AllThingsD's sources claims that the mood over at team red is not great right now, with employees having feared cuts for a while now, with the source saying "there are a lot of nervous people, and not a lot of getting done right now".

I can't say I couldn't see this coming - Intel is stronger than ever in the CPU department, and there's no real need for strong GPUs anymore, with a $200-$250 GPU running pretty much most games crank along at medium-high detail at 1080p. AMD may see better days when the next-gen consoles launch, as they reportedly have chips in all three consoles from Microsoft, Sony and Nintendo. Is this enough to save them? We'll have to wait and see.