Eric Schmidt, Google chairman and former CEO of the company spoke with AllThingsD yesterday where he talked of the Apple vs. Android war, saying that it is the industry's "defining content" and that Google are currently ahead in this David vs. Goliath battle. 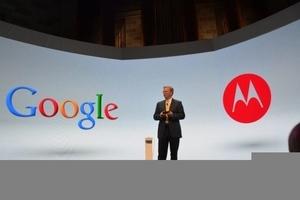 The former Google CEO points out that there are four times as many Android-based phones than there are iPhone's, with up to 1.3 million activations per day. With this momentum, the Mountain View-based company are set to reach the enormous one billion mobile devices activated.

Schmidt does state that the resulting fight between Apple and Google will only benefit the consumer, and when talking about Apple Maps he has said that Apple are now discovering that "maps are really hard", and that "Apple should've kept our maps... They're better". The Google chairman also cited something he called the "gang of four" which consists of Facebook, Amazon, Apple and Google which are "all different, all competitors, [and] all making enormous investments".

Schmidt also kept Microsoft off that list, and called the omission of the Windows maker "deliberate". He added that the Redmond-based company is a "well-run company", but they have not released any "state-of-the-art products" in any market yet.