The rumors proved correct in this instance. Today, Samsung has officially outed the Samsung Galaxy S3 Mini, the little brother of their flagship Galaxy S3 device. I just want to take a moment to complain: why did they have to continue to extend the name of the device? The name was already long enough before they attached "Mini" to it. 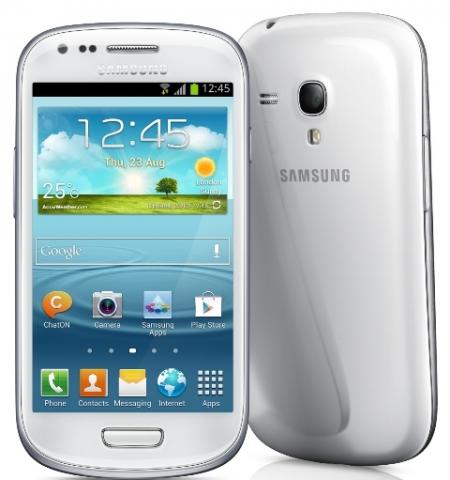 Now that that is out of the way, let's move on to what you really want to hear about, the specifications. The device sports the rumored 4-inch screen, which should give it broader appeal among customers. It's powered by Android 4.1 Jelly Bean, which is in turn interpreted by a dual core 1GHz SoC.

The device's design is extremely similar to its larger older brother. It features the same NFC, S Bean feature, and curvy design elements. The rear-facing camera is a 5 megapixel sensor if auto-focus and flash. It sports 8GB of internal storage and up to a 32GB microSD card. Customers should be able to purchase the device in early November.

"The Galaxy S3 introduced a new concept of smartphone that has proven hugely popular around the world," says JK Shin, President and Head of IT & Mobile Communications Division at Samsung Electronics. "We're now delighted to bring its revolutionary design, intuitive usability and intelligence to the Galaxy S3 Mni in a more compact form. We continue to make every effort to provide extraordinary mobile experiences to meet a wide variety of user needs."