It looks like New York is to be filled with people gushing about Samsung's 5.5-inch Galaxy Note II smartphone come October 24, with the South Korean company sending out invitations for the event itself. 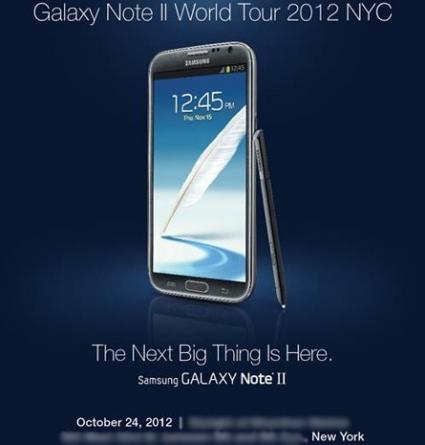 If you haven't heard, the Samsung Galaxy Note II is a 5.5-inch 'phablet', and comes with Android 4.1 Jelly Bean out of the box. We should hopefully have a review up as soon as humanly possible. I'm quite excited to see how this fares not just for me personally, but against Apple's iPhone 5 and with the general public.