Dropbox have just made some changes to their mobile site which will help users check out their photos while on the move, following the same type of changes we saw with their Android, iOS apps and their desktop site. 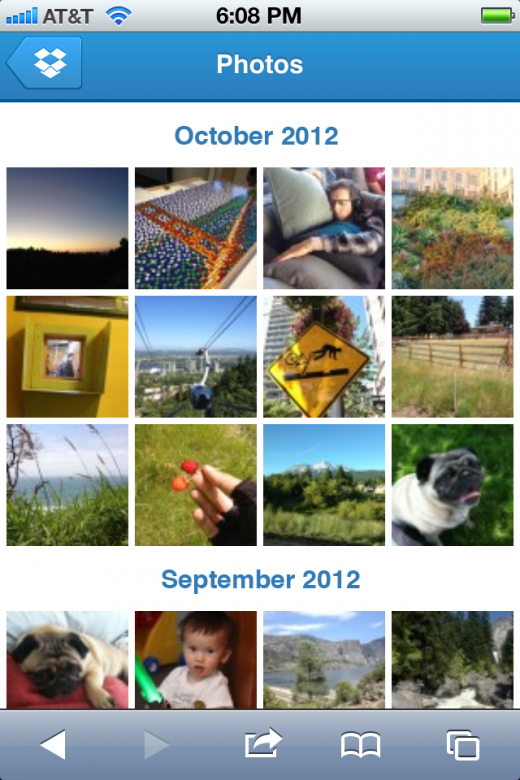 Dropbox have moved toward a gallery-style image viewer, which is available to anyone with a mobile device. Windows Phone is included, which is great news as there's no official Dropbox application on Microsoft's mobile OS.

The changes that Dropbox have pushed out give users a more streamlined experience across all apps, desktop and mobile sites. Dropbox have said:

Visit dropbox.com from your phone's browser, tap on the Dropbox icon at the top, and then the Photos button to see the photos in your Camera Uploads folder in a big, shiny gallery format. You can also tap to view them full size and flip through each one.