Jean-Baptiste Queru, who is Google's chief release engineer has announced through the Android Building group that Android 4.1.2 has been released to the Android Open Source Project (AOSP) today. 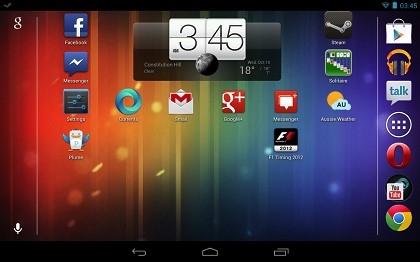 Some Nexus 7 owners a reporting that they're seeing Android 4.1.2 being pushed to their device, and there's a little bonus with it: landscape home screen support. This is a personal choice, but some people love having their home screen on landscape, and it was one of the things that the Nexus 7 couldn't do with its Jelly Bean OS.

Well, now it can. You should see Android 4.1.2 being pushed out over the course of the next few days and I'll be sure to update my Nexus 7 later on tonight.