I was a bit saddened by the announcement that AT&T would be getting exclusive rights to the Lumia 920 and 820 as I felt it would hurt Nokia's Windows Phone 8 positioning in the United States. However, it was later found out that Nokia will be releasing a phone for T-Mobile, called the Lumia 810, and it has now been leaked that Verizon will also be getting a Windows Phone 8 device. 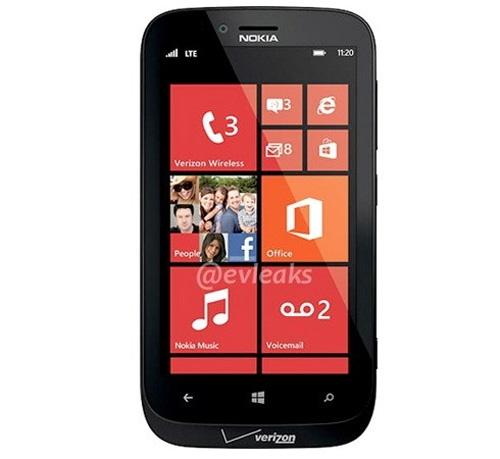 A fresh leak from evleaks has shown a Verizon Wireless, Nokia-built Windows Phone 8 device. Right now, we only have the picture to go off of, but we can make some educated guesses as to its specifications. The device will likely share the technical aspects of the Lumia 820 and 810, though the exterior design is completely different.

It should support Verizon Wireless's high-speed LTE network and should arrive sometime in November. Expect the announcement for the device to come October 29 at the official Windows Phone event. We'll be sure to keep you up-to-date on the latest Windows Phone 8 devices in case you are looking at purchasing one.