I'm quite excited about Samsung's Galaxy Camera, as it ushers in an era of Android-powered point-and-shoot digital cameras from a strong Android-based smartphone maker. 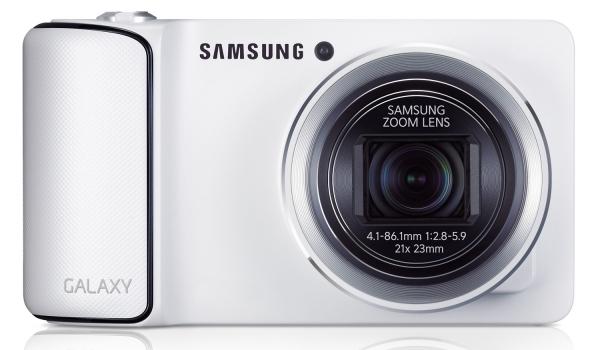 Samsung's Galaxy Camera will first drop on AT&T's network, who will offer the camera on a 4G (non-LTE) data plan. There's no details on pricing, or if the carrier will offer any sort of subsidy. AT&T have stated that they will unveil pricing when the camera is released in a few weeks time.

In case you haven't heard of the Galaxy Camera, let's run over the specs again. We're looking at a normal point-and-shoot camera, that is just a powerful as a decent smartphone minus the voice call part of things. The Galaxy Camera sports 21x optical zoom with f/2.8 maximum aperture, with a 16-megapixel BSI CMOS sensor with an ISO range from 100 to 3,200.

On the rear of the Galaxy Camera there's a 4.8-inch HD Super Clear LCD touch screen with a resolution of 1280x720. Inside the camera we'll find a quad-core processor clocked at 1GHz, 8GB of internal storage which is expandable through an SD card slot, all while running Android 4.1 Jelly Bean. Not too freakin' bad for a camera!

3G/4G and Wi-Fi networks are baked in, where you'll have the ability to share photos through social networks like Facebook or Instagram, all on the go. I'm quite excited to see how this sells, as the point-and-shoot market has become quite lacklustre over the years - this should be a much-needed injection of excitement in an otherwise unexciting market.