Google have just acquired Nik Software, the developers behind professional photography applications like Capture NX, and its Efex Pro series. But there is a jewel beneath the rough here, in the form of the developers' Snapseed app. 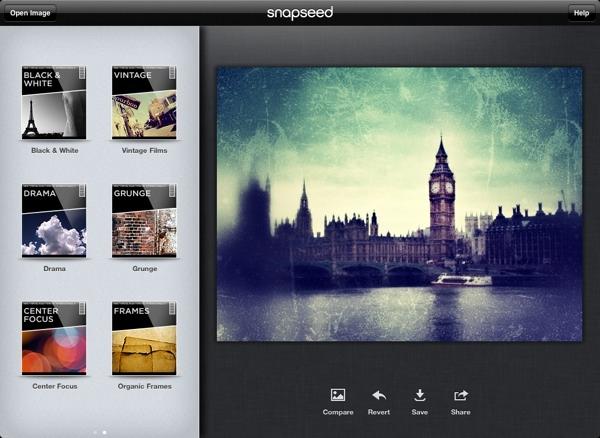 Snapseed is a much simpler app, for both desktop and iOS-based users. Snapseed is an efficient, easy-to-use photo-editing application for iOS, featuring tilt-shift and centre focus modes that let you play around with your beloved picture of your food, or whatever else you'd like to snap photos of. At the moment, it costs $4.99, but the Google acquisition might drop this to free to compete with the Facebook-owned Instagram.

Considering Google have just hit 400 million users on their social network, Google+, it is about time the Mountain View-based company bring out their own Instagram-like photo sharing service. Both Nik Software, and Google's Senior Engineering VP, Vic Gundotra have both been quiet regarding the exact plans post-acquisition. I'm sure they're still celebrating, snapping photos of their food and applying filters, laughing maniacally.