Researchers at the University of Southampton have done something that only us mere mortals could only dream of, build a supercomputer from Raspberry Pi's and Lego. 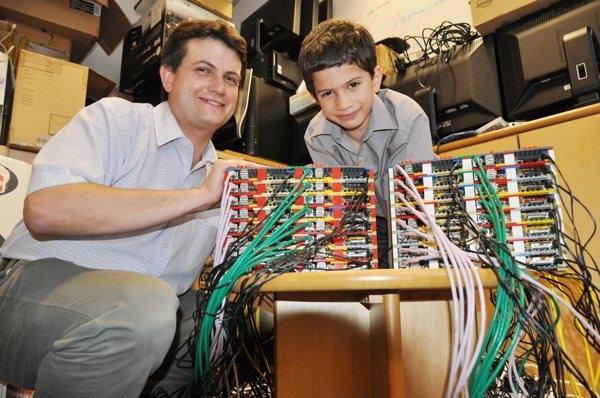 They've called this Iridis-Pi, which is a very small 64-node cluster made from Raspberry Pi's Debian Wheezy distribution, linked through Ethernet. On their lonesome, Raspberry Pi's are not that powerful, but in a cluster with 1TB worth of storage in SD cards, that's another question.

Rackmounting the cluster was done in a very interesting way, where team lead Simon Cox and his son James put the entire array into two towers of Lego. LEGO!!! There are even instructions so you could do this at home if you've got the money for some Raspberry Pi's and some spare Lego around. The entire system cost less than $4,026 or so to make, which is not too bad at all.