For those readers looking forward to the new Nintendo WiiU, your wait won't be too much longer. Nintendo America president and CEO Reggie Fils-Aime held a press conference today at which he announced the new Nintendo WiiU would be coming in two versions, for $300 and $350 respectively, and making its arrival on November 18 in the United States. 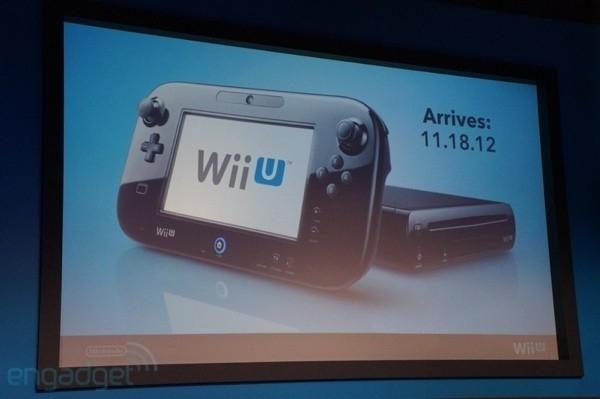 European customers will have to wait a bit longer, until November 30, to be exact. The two varieties will be set apart by their internal memory, 8GB for the base and 32GB for the costlier model. The premium model will also come with a subscription to Nintendo's Premium Network, which provides rewards for digital purchases.

Nintendo is also re-branding Wii remotes as WiiU remotes and these should hit store shelves soon. Each bundle comes with a WiiPad, a charging stand, a play stand, a stand for the console, and the console itself. GameStop has started to accept pre-orders for the new console by Nintendo. You can place yours on their website.