Users of the iPod touch looking to upgrade to the latest version that is rumored to be coming tomorrow will happy to know that the device is expected to come with a 1136x640 display and a 32nm dual-core A5 CPU. The dual-core A5 CPU is lower powered than the chip expected to be in the new iPhone 5, which should be called the A6. 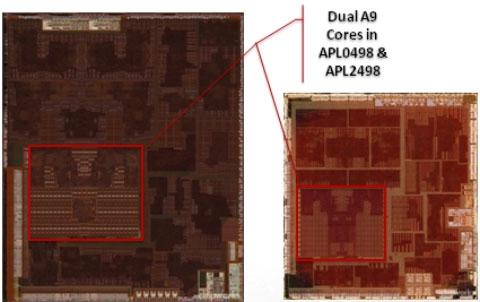 The 32nm chip that is expected to be used in the new iPod touch is the chip that is currently available in the iPad 2. This chip was thought to be a test by Apple of Samsung's new 32nm manufacturing process. This chip, the S5L8942X, is also found in Apple's Apple TV box. When it was released for the iPad 2, it brought lower power consumption.