On the eve of Intel Developers Forum San Francisco, we received word from a SSD manufacture that Toshiba just slashed the price of Toggle Mode NAND Flash by 20 to 25%. 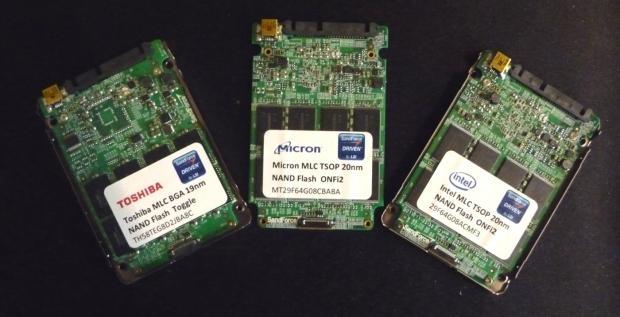 If you recall, just a few months ago Toshiba announced a 30% reduction in manufacturing. Toshiba expected other NAND flash manufacturers to follow suit to increase the cost of flash. Micron took the opportunity to gain market share and either held flash production or increased output. We've seen Micron gain some market share because of it. Companies are even making special Micron flash versions of existing products, like the new OCZ Vertex 4 512GB M (M for Micron) SSD.

With the massive price drop, we can only assume that Toshiba is backing off their reduced output strategy. This is good news for consumers looking for even lower priced SSDs. How good is this for consumers? Well, this is a quote from one of my inside sources: